A pituitary adenoma is a benign, neoplastic proliferation of epithelial cells of the pituitary gland. These cells typically demonstrate both autonomous growth and function. The most common pituitary adenomas in veterinary medicine are microscopic tumors of the basophilic or chromophobic cells of the pars intermedia and the pars distalis. Progressive proliferation of these cells result in secretion of excessive amounts of ACTH, which increases cortisol production by the adrenal gland causing hyperplasia of the gland and signs of pituitary dependent hyperadrenocorticism. Once the dimensions of these tumors exceed 10 mm in diameter they are considered macroadenomas.

Mental dullness, disorientation, blindness, head pressing, behavioral changes and seizures may occur secondary to direct compression of the overlying diencephalon or the adjacent optic chiasm. Increases in intracranial pressure due to the mass or associated vasogenic edema may also contribute to the general deterioration in mental status. 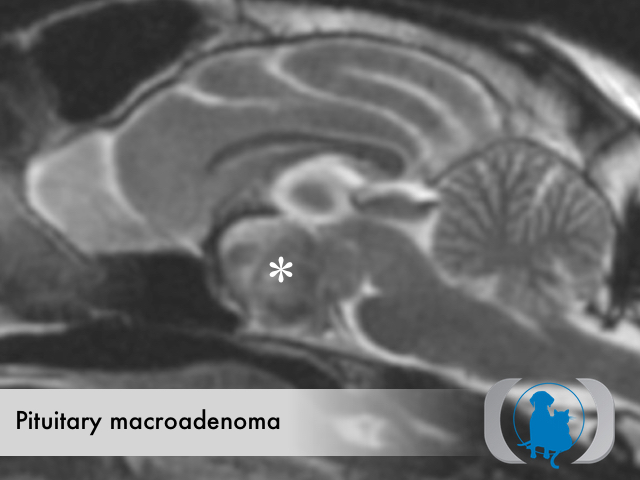 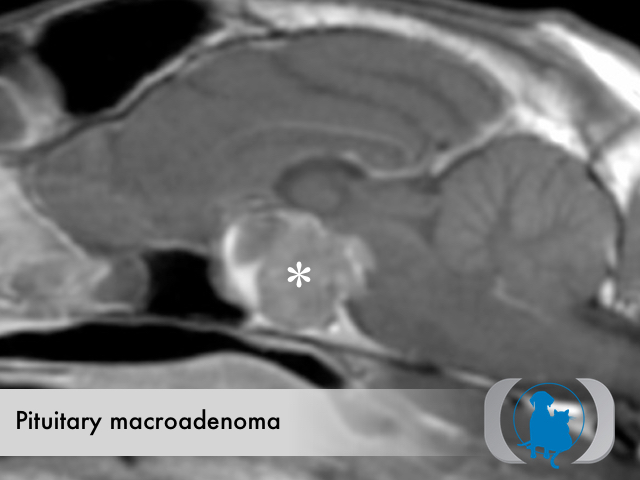 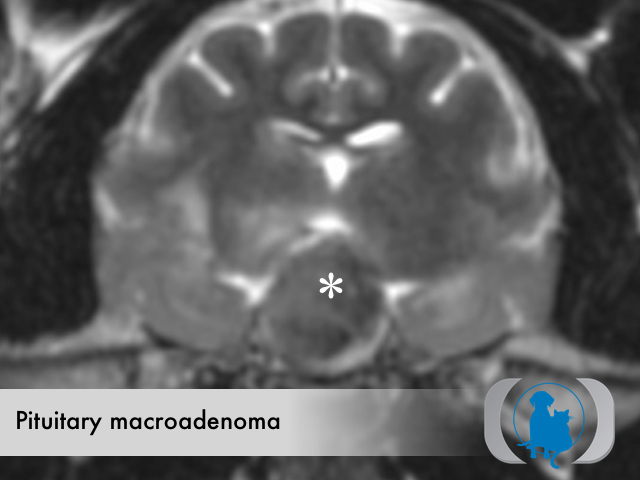 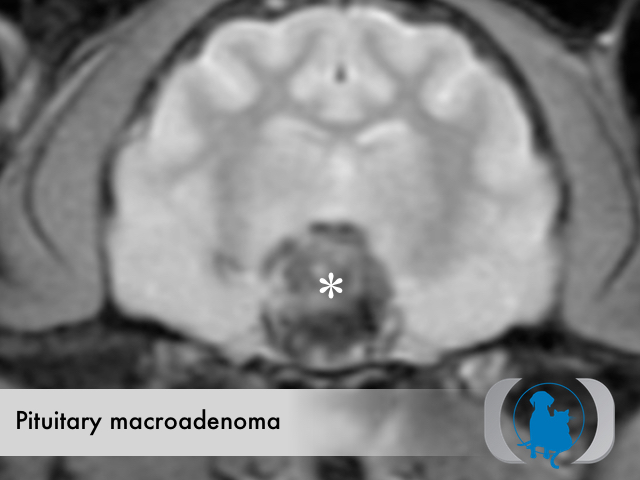 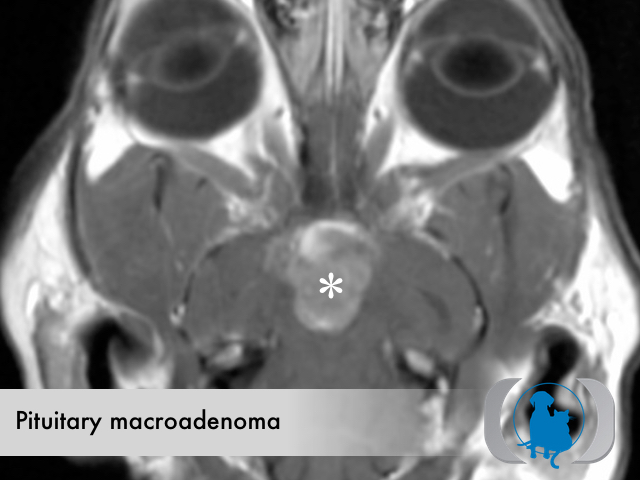 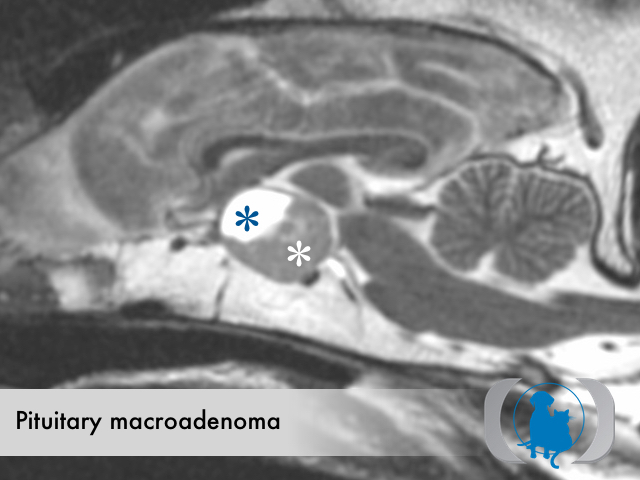 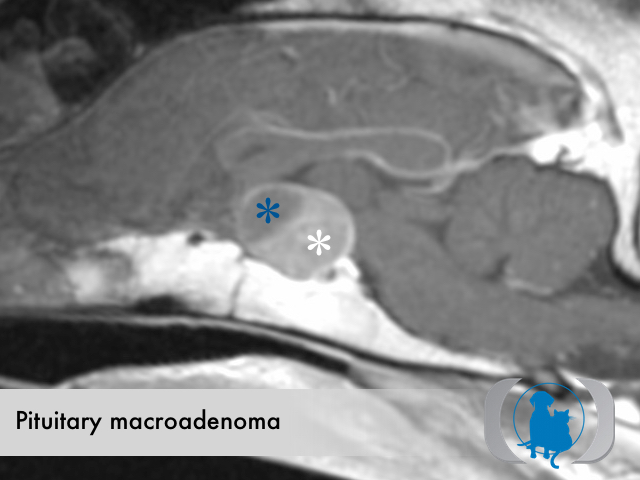 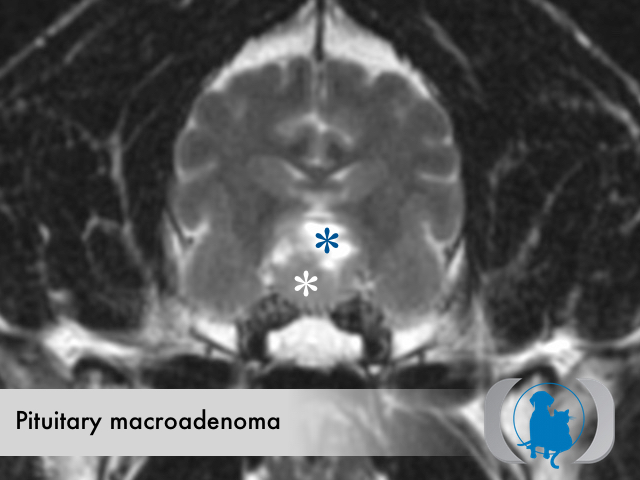 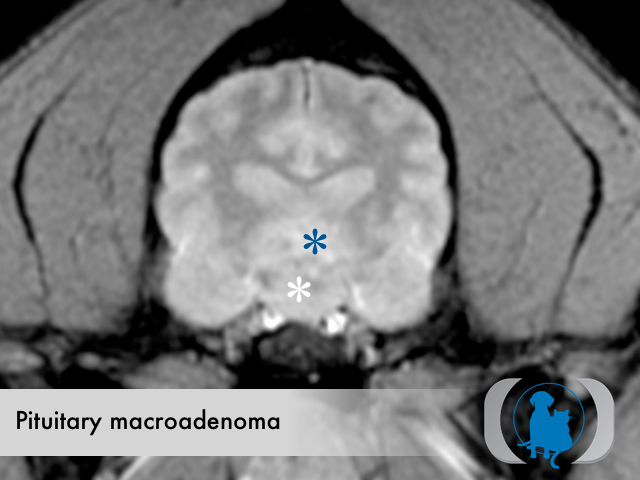 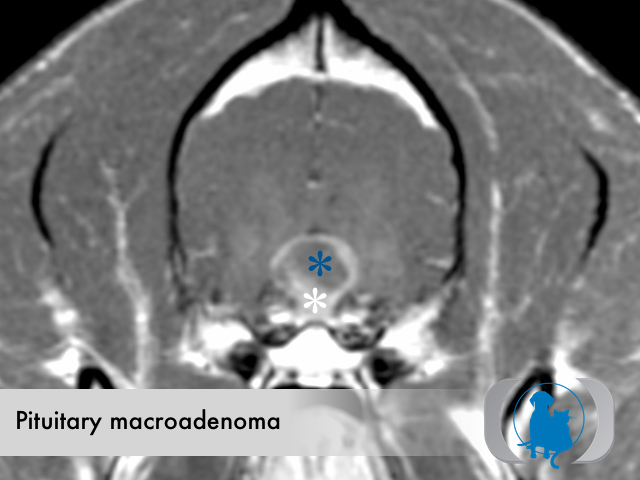 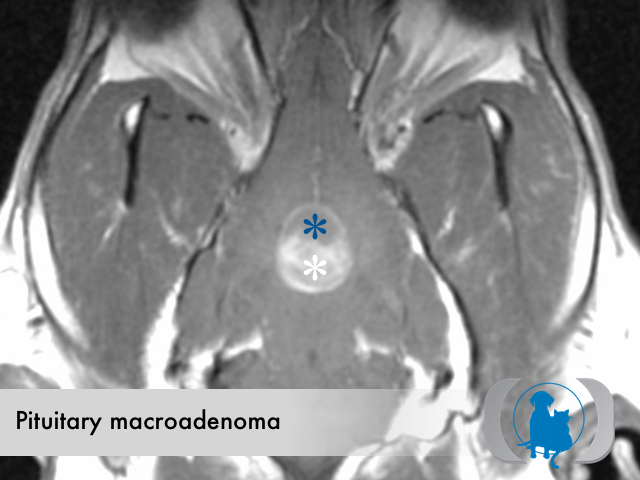 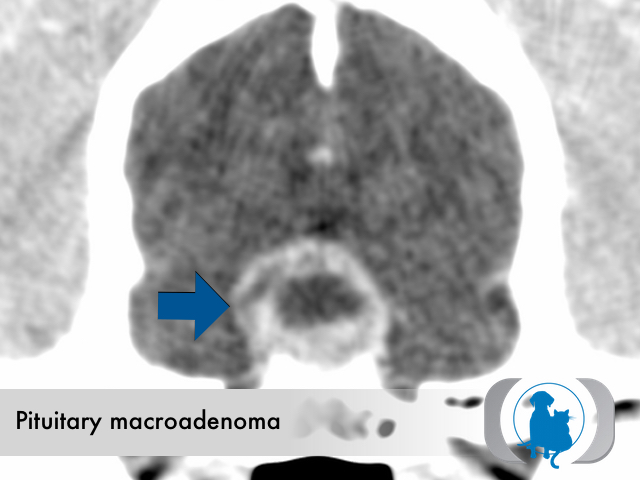