The acute accumulation of blood within the brain leads to what is effectively a hematoma that causes an acute onset of symptoms secondary to the direct compression of the surrounding brain tissue. Compression of the brain tissue surrounding the hemorrhage leads to the subsequent disruption of the blood brain barrier. As a result vasogenic edema ensues secondary to an influx of water and proteins into the intracellular space. This typically occurs within 4-6 hours of the event and can continue for 3-5 days thereafter.

Clinical signs associated with hemorrhagic infarctions can include mentation changes, circling, and seizures for cerebral infarctions; hemi- or tetra paresis and cranial nerve deficits for brain stem infarctions; as well as vestibular signs for cerebellar infarctions. While the exact nature of the symptoms that occur vary with the location of the infarction, a key to the diagnosis is the acute nature of the onset of symptoms combined with the relative lack of progression shortly following their onset.

In general, five stages of haematoma evolution are recognised: 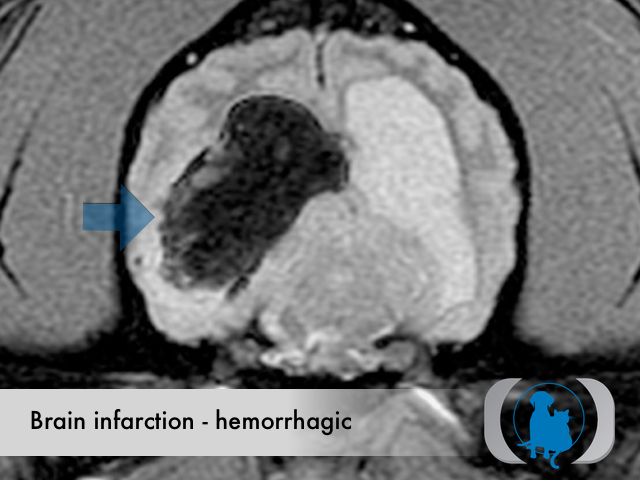 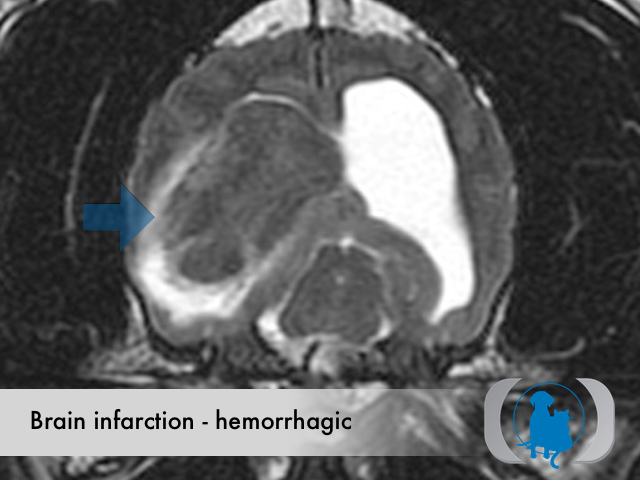 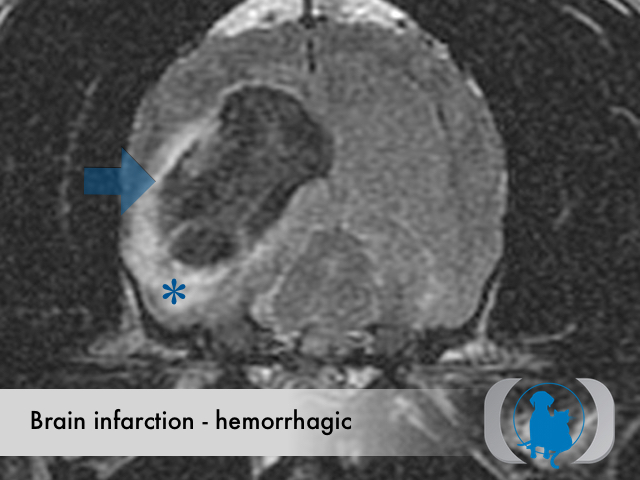 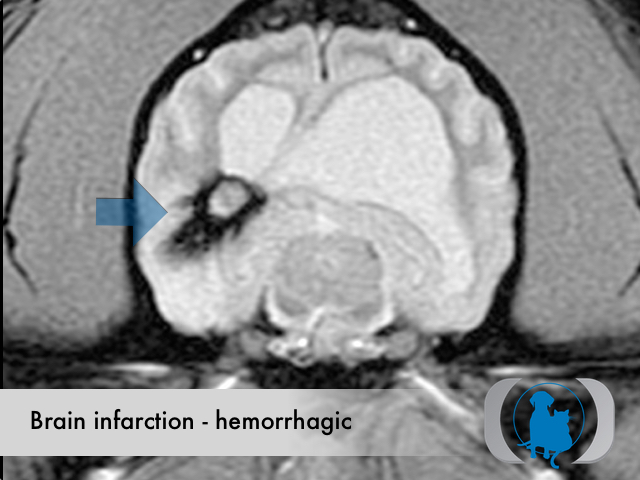 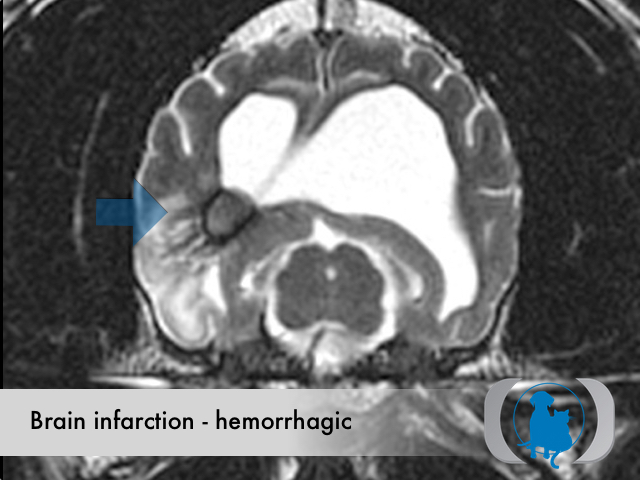 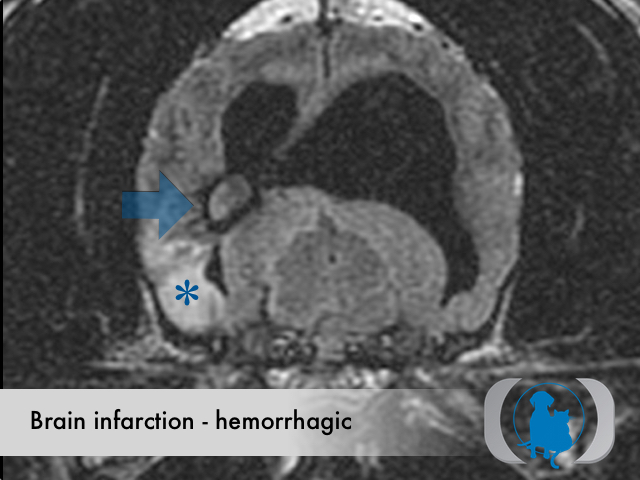